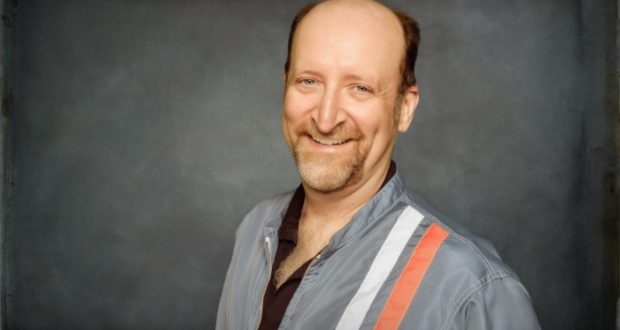 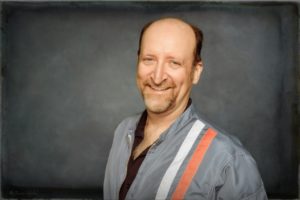 Baldassari proceeded to tell me how he got his start as a lighting designer. “While I was in high school I was playing in bands and working professionally as a drummer. Parsippany Hills High School had an excellent arts program, and I ended up spending as much time as possible working in the theater where I caught the lighting bug. I continued my theater studies at the University of Connecticut, and while I was still a senior, I was accepted into the United Scenic Artists 829 internship program. After that, I was off and running! For me, it has been a natural progression from musician to lighting designer, as I’m still involved with music almost every day. I look at being a Lighting Designer as I’m really an ‘orchestrator,’ except, instead of using musical instruments like violins or guitars, I’m using moving lights and other sources to visually orchestrate either the music or other theatrical experiences.”

I asked Mike about which theatrical productions and films he found particularly memorable or was especially proud of. “I had a 20-plus year relationship with the Broadway production of Cabaret, having been nominated along with Peggy Eisenhauer for a Tony award in 1998 for it. We then co-designed the last revival in 2014.  When we started, it was being co-directed by these two youngsters named Sam Mendes and Rob Marshall. (I wonder whatever happened to those guys?) We ended up doing many tours and productions of it around the world. Needless to say, our production was such a game-changer that it will continue to influence every subsequent production that will ever be done of Cabaret. L’autre chose à propos d’une relation aussi longue avec un spectacle est que ça aide que c’est Cabaret-l’une des grandes comédies musicales américaines de tous les temps, le voyage n’a donc jamais été ennuyeux.

“As for films, without a doubt, I would have to put Rob Marshall’s production of Neuf right up there!  I lit the 14 musical numbers that are in the film, working directly with the cinematographer Dion Beebe and Rob, where the three of us collaborated very closely on the look of each moment. All of the musical numbers were shot on the largest sound stage at Shepperton Studios in London, where the set was about the size of a football field. It’s a visually stunning film with an incredible cast, lead by Daniel Day Lewis with co-stars Sophia Loren, Dame Judy Dench, Nicole Kidman, Penelope Cruise, Fergie, Kate Hudson, and Marion Cotillard. In addition to lighting some very large musical sequences, each of the leads also had their own featured numbers. Basically every musical number had to be lit in a very theatrical manner, which is the reason Rob brought me in. He wanted a designer who could light for film just as if we were putting it on a Broadway stage, and he knew we spoke the same language.  It was an unforgettable experience!”

Baldassari’s credits also include designing corporate shows for CBS Television. He explained to me how he got that gig. “The executive producer of the CBS Upfront scie Cabaret and reached out when they were trying to upgrade their production values. Over time, the shows have become increasing complex and we’ve really pushed the limit of what can be done at Carnegie Hall. One of the biggest challenges we always face on this project is making the show look great for the Madison Avenue crowd in the room, as well as for camera, as the show is broadcast to other locations around the US. In order to achieve the proper lighting balance for live and for camera, I work extremely closely with video engineer Billy Steinberg. The dance we do ensures that there is no compromise visually for either audience.”

In response to my question about what type of lighting equipment and software he prefers to work with, Baldassari said, “On the software side, the main go-to tool is Vectorworks for all of our drawings and 3D renderings. For the corresponding paperwork between the designer and gaffer, it’s always Lightwright, which I’ve been using since it came out while I was in college. The two programs now work in tandem pretty seamlessly. As the 3D component of Vectorworks continues to improve to the point where it’s now very valuable as part of the pre-production design process, its previsulation component Vision is now increasing becoming part of our workflow. Basically we can move pretty easily from creating our light plot and technical drawings, in 3D as part of Vectorworks, then export the CAD file to Vision, where we can start to build cues directly in the lighting console and start to bring the creative vision of the lighting design to life.

“In general on the equipment side, I continue to move more and more toward LED sources and automated fixtures, which are increasingly becoming one and the same. I always prefer to have the color-changing ability as well as the option to adjust the focus of a fixture via a programmer instead via a ladder. I think as artists it’s important to continue to specify more energy-efficient tools and to push manufacturers toward greener products. The rate of change continues to speed up but this is an exciting time, as the manufacturers have been responding with better and better equipment in the last few years. Overall, I would say the quality of LED-based fixtures continues to improve.

“As I do an extremely wide range of projects, the tools I specify can be equally varied, as there isn’t a one-size-fits-all solution to most lighting challenges. However, I know whenever I get called for, say, a Late Night avec Seth Meyers remote pre-tape, more often than not, the package is going to start with Arri Skypanels. If I’m lighting a Netflix special like David Letterman’s Mon prochain invité n'a pas besoin d'introduction that includes a backwall used like a cyc, I’m probably going to start with Chroma-Q Color Force II cyc fixtures. On the control side, I’ll always consult with my Moving Light Programmer, but we most often seem to land somewhere either in the ETC Eco-system or some version of the GrandMA 2. While it’s not completely appropriate for every project, in general the more automation the better.”

Baldassari a organisé un atelier pour le NAB Show New York just last weekend called “The LED Challenge for Film and Television,” so we covered that in the interview. “This was the first time that I’d been invited to be a part of NAB,” he explained. “Since I started in the industry I’ve always heard about it, mostly from well-respected technicians, so I’m looked forward to experiencing it for myself!

“As I was approaching my talk from the designer’s perspective, I briefly touched on the how and why we got to the point of LEDs being useful to us not only in the theater and rock touring, but in television and film. As one of the few ‘crossover’ lighting designers who works across all of these industries, I’ve been following the increasing presence of LEDs for some time now. There’s the obvious advantages of using LEDs to touch on; power consumption, flexibility, etc, but I wanted to also touch on some of the challenges that I’ve encountered. I shared some anecdotes about problems that came up, and what we did to solve them.  The bottom line is, LED fixtures are here to stay—and while some manufacturers have figured it out, there are still instances where we need to respond to the challenges that can come along with using a fixture with four plugs on it! My target audience was for anyone dipping a toe into the LED pool, to more seasoned veterans who want to have a solution in mind when there’s an issue on their project.”

Baldassari concluded the interview by telling me about his upcoming projects. “At the moment, I have a Netflix special for Hannibel Buress in the can that we shot this past summer in Miami, and I’m currently designing another Netflix special for Chris D’Elia that we’re shooting in Minneapolis in early November. There’s a film project that a choreographer friend has asked me to light that is circling. On the theatrical side, I am the lighting and production designer for a Broadway series called En résidence, which we’re hoping to bring back next spring. It’s a festival-type show on Broadway where we can bring in a wide variety of artists for limited runs. The first version this past summer was highly successful. We had artists as varied as Morrissey, Mel Brooks, Dave Chappelle, and Barry Manilow.  The key to making the series work is a lighting system that we dubbed ‘Flex-i-Fest’™ where, working with each act’s LD, we were able to give every artist their own, unique light plot without having to load-in and load-out completely different shows.  On the last changeover we did, the lighting system went from Dave Chappelle’s unique light plot to Barry Manilow’s in under two hours. It’s worked so well that PRG and my company have filed for a patent on it. Look for it next spring in another Broadway theater!  After that, there are two theatrical tours that are supposed to be going out next season.”